Home
News
Naomi Iizuka and Sarah Ruhl named next Roger S. Berlind Playwrights-in-Residence at the Lewis Center for the Arts 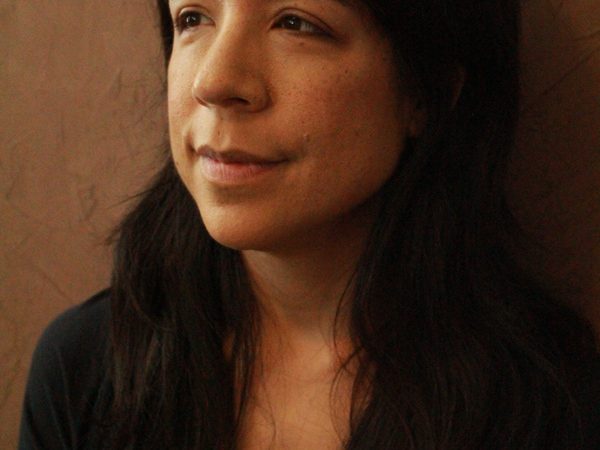 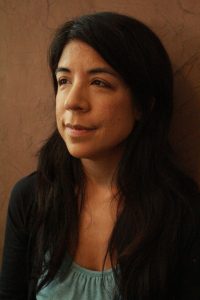 (Princeton, NJ)  Award-winning playwrights Naomi Iizuka and Sarah Ruhl have been selected by the Lewis Center for the Arts at Princeton University and McCarter Theatre Center as the next Roger S. Berlind ’52 Playwrights-in-Residence. Both writers will engage with Princeton students in the coming year through teaching, master classes, or workshops and will write and develop a new play in collaboration with McCarter.

This program, made possible by the support of Roger S. Berlind, Princeton Class of 1952, recognizes exciting established playwrights whose work has had significant impact on the field.

“I’m delighted in welcoming back to Princeton two artists we worked with when they were still, as the saying goes, ‘emerging,’” commented Michael Cadden, Chair of the Lewis Center. “Naomi was a Hodder Fellow at Princeton in 1998 and our Program in Theater produced Sarah’s Melancholy Play as its Fall Show in 2002. We were ahead of the curve! It’s been a pleasure to see them evolve into two of the best playwrights in America today.”

Emily Mann, McCarter Theatre Center’s Artistic Director and Resident Playwright, added, “The creative collaboration between McCarter and the Lewis Center for the Arts is singular for its incredible breadth and reciprocity. The centerpiece of this rewarding partnership is a unique program made possible by the extraordinary generosity and vision of Roger S. Berlind that engages some of the finest playwrights of our time. I am incredibly proud of this initiative and of our ongoing work with Princeton University.”

“The theater program is thrilled to welcome these two extraordinary writers to our community,” notes Jane Cox, Director of Princeton’s Program in Theater. “Both playwrights have generous, passionate, and inclusive theatrical voices that speak particularly to young people. We know that the presence of these artists will inspire and energize our students, and we feel privileged to contribute to the development of new work by these important artists.”

Iizuka’s plays include 36 Views, Polaroid Stories, Anon(ymous), Language of Angels, Aloha, Say the Pretty Girls, Tattoo Girl, Skin, At the Vanishing Point, Concerning Strange Devices from the Distant West, 17 Reasons (Why), Ghostwritten, Hamlet: Blood in the Brain (a collaboration with California Shakespeare Theater and Campo Santo + Intersection for the Arts), 3 Truths (a collaboration with Cornerstone Theater Company), and War of the Worlds (a collaboration with Anne Bogart and SITI Company.) Her plays have been produced by Berkeley Repertory Theatre, the Goodman Theatre, the Guthrie Theater, Cornerstone Theater Company, Intiman Theatre, Children’s Theater Company, the Kennedy Center, the Huntington Theater, Actors’ Theatre of Louisville, Geva Theatre Center, Portland Center Stage, the Public Theatre, Campo Santo + Intersection for the Arts, Dallas Theatre Center, the Brooklyn Academy of Music’s Next Wave Festival, and Soho Rep. Iizuka’s plays have been published by Overlook Press, Playscripts, Smith and Kraus, Dramatic Publishing, Sun and Moon Press, and Theatre Communications Group. She is an alumna of New Dramatists and the recipient of a PEN/Laura Pels Award, an Alpert Award, a Joyce Foundation Award, a Whiting Writers’ Award, a Stavis Award from the National Theatre Conference, a Rockefeller Foundation MAP grant, a National Endowment for the Arts/Theatre Communications Group Artist in Residence grant, a McKnight Fellowship, a PEN Center U.S.A. West Award for Drama, and a Playwrights Center Jerome Fellowship. She was also a 1998 Princeton University Hodder Fellow. Her new play, The Last Firefly,was workshopped at the Kennedy Center’s New Visions/New Voices festival and will be produced at the Children’s Theatre Company this coming season. Iizuka currently heads the M.F.A. playwriting program at the University of California, San Diego. She will guest teach part of an advanced playwriting course in the Lewis Center’s Program in Theater in spring 2017 in collaboration with her fellow playwright and former student, Lauren Yee.

Ruhl’s plays include For Peter Pan on her 70th Birthday, The Oldest Boy, In the Next Room, or the vibrator play(produced at Princeton in 2013), The Clean House, Passion Play, Dead Man’s Cell Phone, Melancholy Play, Eurydice, Orlando, Late: a cowboy song, Dear Elizabeth, and Stage Kiss. She has been a two-time Pulitzer Prize finalist and a Tony Award nominee. Her plays have been produced on Broadway at the Lyceum by Lincoln Center Theater, off-Broadway at Playwrights’ Horizons, Second Stage and at Lincoln Center’s Mitzi Newhouse Theater, and regionally all over the country, often with premieres at Yale Repertory Theater, Berkeley Repertory Theater, the Goodman Theater, and the Piven Theatre Workshop in Chicago. Ruhl’s plays have also been produced internationally and have been translated into more than 12 languages. Originally from Chicago, Ruhl received her M.F.A. from Brown University where she studied with Pulitzer Prize-winning playwright Paula Vogel. She has received the Susan Smith Blackburn award, the Whiting award, the Lily Award, a PEN award for mid-career playwrights, and a MacArthur Foundation Fellowship “genius” award. Her book of essays, 100 Essays I Don’t Have Time to Write, was published by Faber and Faber last fall and named a New York Times Notable Book of the Year. She currently teaches at the Yale School of Drama.

The Playwright-in-Residence program was established in 2014 through the support of Roger S. Berlind, Princeton Class of 1952, best known as the Tony Award-winning producer of over 100 New York shows, including The Book of Mormon, Amadeus, Annie, City of Angels, Hamlet (with Ralph Fiennes), Sophisticated Ladies, and A View from the Bridge. In 2009, Berlind was inducted into the American Theater Hall of Fame; in 2011, he received a Lifetime Achievement Award from the playwright-development workshop New Dramatists. He provided the lead funding for construction of the Roger S. Berlind Theatre at McCarter Theatre Center, a venue shared by McCarter and Princeton University.

The inaugural Berlind Playwright-in-Residence was Christopher Durang, who co-taught a course on his own work in fall 2015 with Cadden, a member of the Program in Theater faculty. As part of his appointment, Durang is currently developing a new play in collaboration with McCarter Theatre, where he premiered Vanya and Sonia and Masha and Spike, which went on to win the 2013 Tony Award for Best Play. The Lewis Center recently announced a commission to Princeton alumnus and OBIE Award-winning playwright Branden Jacobs-Jenkins ’06 for a new adaptation of Euripides’ The Bakkhai through support from the Berlind Playwright-in-Residence Fund. The new play will premiere at the opening of the new Lewis Center for the Arts complex in October 2017 with a student cast and crew, and it will be directed by Princeton alumna Lileana Blain-Cruz ’06.