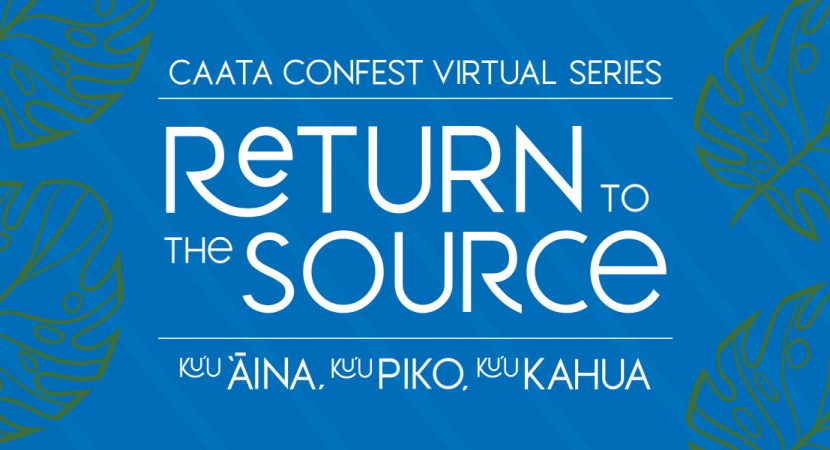 This ConFest will feature the thriving theater community of Hawaiʻi, where Asian American, Native Hawaiian, and Pacific Islander faces on stage are the norm, not the exception. “Ku‘u ‘Āina, Ku‘u Piko, Ku‘u Kahua – Return to the Source” is a call to all theatre artists to reconnect with their foundations and their sources of knowledge: their land, their family, their center. The online series and its presentation of the wide diaspora of Asian American stories will be a vehicle through which both the audience and artists can ground themselves, their cultural knowledge, and the many identities that we bring to our communities.

Featured performances will include an excerpt of work by Hana Keaka, the Hawaiian Theatre Program based in the Department of Theatre and Dance at the University of Hawaiʻi at Mānoa on O‘ahu, as well as introduce its May 2021 ConFest keynote speakers, including Dr. R. Keawe Lopes, Director & Associate Professor of Kawaihuelani Center for Hawaiian Language; Sammie Choy, Professor of Asian American Drama & Theatre, Kapi‘olani Community College; and Hone Kouka (Ngati Porou, Ngati Raukawa, Ngati Kahungunu), acclaimed Maori writer, director, and co-founder of the theatre production house Tawata Productions.

“The ConFest Virtual Series will feature artists from across the country who represent some of the most groundbreaking work in American theatre, and includes stories from across the breadth of  the Asian American diaspora, including Hawaiʻi, Egypt, Vietnam, and more,” said Chan and Baker. They added, “This series is not meant to be a replacement for the conference and festival, but is an offering to begin discussions around artists, topics and themes proposed by the field that we hope will culminate in celebration when we are able to gather in person again next year. Our goal is to also continue dialogue with other networks of color and connect artists with current BIPOC movements.”

Future episodes of the ConFest Virtual Series will take place on the second Monday of the month through April 2021 with all times at 1PM HST, 3PM AKDT, 4PM PDT, 5PM MDT, 6PM CDT, 7PM EDT on HowlRound TV, CAATA’s website, Facebook page, and YouTube channel, and will be hosted by the following theatre companies and artistic leaders:

The series will be produced with HowlRound Theatre Commons in Boston, MA, a nonprofit organization that operates as part of Emerson Collegeʻs Office of the Arts. HowlRound provides a free and open platform for theatre-makers worldwide that amplifies progressive, disruptive ideas about the art form and facilitates connection between diverse practitioners. The series will be presented on HowlRound TV, HowlRoundʻs global, commons-based peer-produced, open access live streaming and video archive project.

Series artists will be announced at a later date. CAATA staff member Ariel Estrada is the series Line Producer, and Maximiliano Urruzmendi-Mele will be the series Technical Director, More information about the ConFest Virtual Series can be found on CAATAʻs website at www.caata.net.