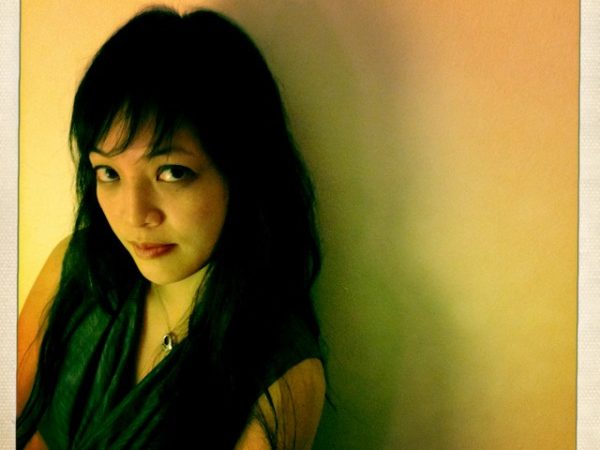 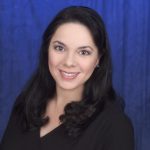 Bio: Keables Chair holder Lee Cataluna brings a writing voice to Iolani School that is, in Horace’s words, non audita prius (“not heard before”). In addition to being a short story writer, a dramatist and playwright, Ms. Cataluna is probably best known to the general public for her thrice weekly column for The Honolulu Advertiser.
Born on Maui and raised in plantation houses in Wailuku, Koloa and Ka’u, she is keiki o ka aina ha’aheo (“proud child of the land”) who matriculated at Baldwin High School before graduating magna cum laude from the University of the Pacific in Stockton California in 1988, majoring in Psychology and Dance. In 1999, the University named her a Distinguished Young Alumna of the University.
Following a notable 10 year career in local television and radio, Ms. Cataluna became a columnist for The Honolulu Advertiser in 2000. Her column covers all aspects of modern life, from altruism to political commentary, from real biography to “Sonny” from Kapolei. Her writing is disciplined and coherent, purposeful and coordinated and is marked by common sense and clear analysis with an underlying sympathy and a wry, satiric yet mature humor.
Ms. Cataluna brings these same qualities to her dramatic writing. She has studied playwriting with Victoria Nalani Kneubuhl, Y York and at the David Henry Hwang Playwriting Institute at the East West Players in Los Angeles. She is a 2004 winner of the Cades Award for Literature for her body of work. Her favorite stories, both fiction and non-fiction, are about ordinary people struggling to live lives of dignity and purpose. 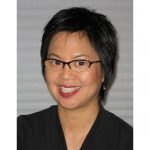 Chan, J. P.
Chan, Jeff Paul
Chan, Joanna
Chan, Leilani
BIO: Awards include: 1999 Brody Fellowship from the California Community Foundation, California Arts Council Artist in Residence 1997-1999, New England Foundation for the Arts, National Presenters Network (NPN) Creation Fund, and a University of California Regents Graduate Opportunity Fellowship from the University of California at Irvine. Chan’s performance techniques are influenced by: Juanfelipe Herrera, Roberta Uno, Nobuko Miyamoto, Ping Chong and Guillermo Gomez-Peña and others. Chan’s latest performance installations include: “Life as a Dashboard Hula Dancer” which premiered in San Francisco as part of “Apocalypse Mañana: An Ethno-Techno Living Museum of Intercultural Fetishes” for Guillermo Gomez-Pena’s La Pocha Nostra and was presented at the University of California at Irvine Art Gallery in 2002, and “The Enemy of My Enemy” which premiered as part of “the Gathering: an alternate response” at Highways Performance Space, and later as a site specific action at the NNG Conference in Oakland in October 2001.
Chan, Marjorie
Chan, Marty
BIO: Alberta -based playwright who began his career in the Fringe movement but whose works are now performed across the country. He has also written for television and for radio (notably the CBC series Dim Sum Diary). In January, 2002, he was named playwright-in-residence at the Citadel Theatre , the first one in the house’s history.
Chan, Melissa
Chandwaney, Anita
Chang, Jade
Chang, Richard
Chanse, Samantha
Chao, Vic
Chatterjee, Sourabh
Chau, Nora
Chen, Christopher
is a San Francisco based playwright whose full-length plays have been produced and developed nationally at American Conservatory Theater, Asian American Theater Company, Bay Area Playwrights Festival, Central Works, Crowded Fire, Cutting Ball, Fluid Motion, hotINK Festival, Just Theatre, Lark Play Development Center, Magic Theatre, Silk Road Theatre Project, Theatre Mu; and internationally at the Beijing Fringe Festival and the Edinburgh Fringe Festival. His play THE HUNDRED FLOWERS PROJECT, produced by Crowded Fire and Playwrights Foundation, won the 2012 Will Glickman Award, the 2012 Rella Lossy Playwriting Award (for which juror Mark Russell of The Public Theatre named Chen ³a fresh and challenging voice”) and was nominated for the Steinberg Award and shortlisted for the James Tait Black Award. In addition it won an NEA Consortium Grant, and made multiple top-ten lists including the SF Chronicle. Other honors include 2nd Place in the Belarus Free Theater International Competition of Modern Dramaturgy for his play INTO THE NUMBERS; a Ford Foundation Emerging Writer of Color Grant; and finalist status for the Jerome Fellowship. Chris is the 2013/2014 recipient of the Paul Vogel Playwriting Award and is currently playwright-in-residence at the Vineyard Theatre in New York. Chen is a former resident playwright with Playwrights Foundation, a graduate of U.C. Berkeley, with an M.F.A.in playwriting from S.F. State.
Chen, Kitty
Cheng, Andrea Apuy
Cheng, Charlie
Cheng, Kipp Erante
Kipp Erante Cheng was born in Taipei, Taiwan and raised Chicago and Hawaii. His plays have been seen at theater venues regionally and around New York City, including East West Players, Ensemble Studio Theatre, The Ontological Theater and Lincoln Center Theatre Lab. Mr. Cheng was awarded the 1996-1997 Princess Grace Foundation Playwriting Fellowship; the 1997-98 Van Lier Playwriting Fellowship; and the 1997-98 Jerome Foundation/Theatre Communication Group Fellowship. As a journalist, Mr. Cheng writes about technology for Entertainment Weekly, about theater for American Theatre and is a contributing writer to OUT Magazine.
Cheng, Maria
Cheng, Wei Meng
Chim, Jo
Chin, Cat
Chin, Curtis
Chin, Frank
BIO: Chin is a critically acclaimed playwright, novelist, essayist and political activist living in Los Angeles. His works include the stage plays The Year of the Dragon and The Chickencoop Chinaman, the novels Donald Duk and Gunga Din Highway, a volume of short stories entitled The Chinaman Pacific & Frisco R.R. Co., and his most recent collection of essays, The Bulletproof Buddhist. In literary circles he is especially remembered as one of the co-editors of the influential anthologies Aiiieeee!  and The Big Aiiieeee! which helped establish the study of Asian American Literature.
Chin, Grace
Chin, Grace and Cho, Charlie
Chin, Jarrett
BIO: His play, Classroom Drama was developed and showcased during this past AATC NewWorks inaugural season. His upcoming film, Babble On, will be released shortly in the film festival circuit. He is currently studying the Trigger and Stretch Approach at Seydways Acting Studio, and has been a student at the Yau Kung Moon Martial Arts Institute for the past 15 years. His acting credits include: Mysterious Acts Improv, a Cash One commercial, and the indy film, Dope In Motion. He will be featured in the Acme Players Ensemble’s upcoming production of Ghost in the Machine.
Chin, Justin & Hguyen, Hung
Ching, Carla 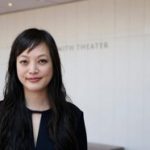