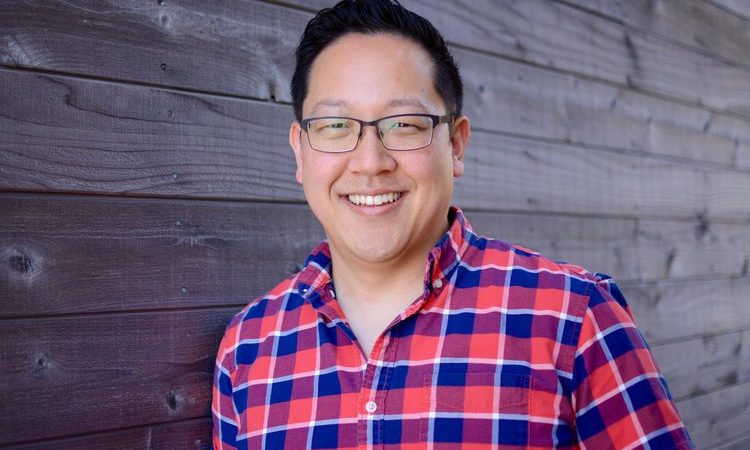 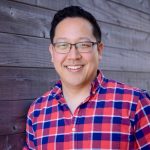 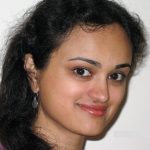 A graduate of the Writing Seminars program at Johns Hopkins University and the MFA program in playwriting at the New School for Drama, Mrinalini Kamath recently received a grant from the Queens Council on the Arts to develop Everyone’s Got Something to Lose. She was twice a Ma-Yi Writers Lab/UW Mellon Creative Initiative Fellow at the School of Drama in Seattle, where she developed her play Let There Be Love. Mrinalini was also featured at Stage Left Theatre in Chicago as the Downstage Left resident playwright and a LeapFEST workshop participant with The New Deal, her play about a partnership formed by prison corporations and big pharma, which received an honorable mention on the 2016 Kilroys List.

She was twice a semi-finalist for the O’Neill Theater Conference with her plays BOOM and The Nava Jeevan, which was also a semi-finalist for The Princess Grace Playwriting Fellowship. Her play Celestial Motions, about Indian astrology and modern arranged marriage, was the inaugural winner of East/West Players “Got Laughs?” comedy play competition and was translated into Marathi and performed in India. Her short plays and monologues have been published in several Smith and Kraus anthologies as well as playscripts.com. She is a member of the Ma-Yi Writers Lab, the Queens-based Mission to (Dit)mars Propulsion Lab, The PlayGround Experiment, and an alumna of Youngblood, Ensemble Studio Theatre‘s emerging playwrights lab.

Hiro is currently Playwright-in-Residence with Vancouver’s Rumble Productions and is working on a new play which imagines the adult life of “Trouble,” Pinkerton and Cio-Cio-san’s love-child from Puccini’s Madama Butterfly. Hiro’s previous play Tiger of Malaya, meanwhile, is being translated into Japanese by award-winning translator, Toyoshi Yoshihara. Recent screen work includes story editing for Da Vinci’s City Hall and a writing credit on the season finale. He also recurs on the show as Fire Captain Roy Komori.

M.J. Kang is a playwright and actor based in Toronto. She’s been everything from a sound designer to stage manager to an assistant director. Her plays include Noran Bang: The Yellow Room (Cahoots Theatre Projects) and where she was writer on the collective Urban Donnellys (Theatre Passe Muraille). 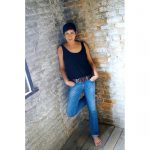 Aditi Brennan Kapil is a writer, actress, and director, of Bulgarian and Indian descent and of Swedish nationality. She is a graduate of Macalester College with a BA in English and Dramatic Arts.

In 2004-05 she was a Many Voices Fellow at the Playwrights’ Center. Aditi’s playwriting credits include Gotama for Heart of the Beast Puppet and Mask Theater, March 2006, The Deaf Duckling, a bilingual (ASL & English) educational touring show about growing up Deaf, created in collaboration with Deaf performer Nic Zapko for Mixed Blood Theater, and The Adventures of Hanuman, King of the Monkeys, a Bollywood style musical inspired by tales from the Ramayana for SteppingStone Theater for Youth Development (March 2006).

Aditi’s directing credits include Queen of the Remote Control, Bill of (W)Rights, and The Primary English Class at Mixed Blood Theater. She has performed at a variety of Twin Cities theaters including Mixed Blood, Jungle Theater, Eye of the Storm, Park Square, and The Playwrights’ Center.

Keshni Kashyap was raised in Los Angeles by Indian parents. She attended Berkeley where she studied Literature and started making experimental videos and documentaries. After spending a year working for veteran indie director Wayne Wang, Keshni enrolled in UCLA’s Directing Program where she wrote and directed four short films, including Hole (2002) and Good Thing (2004), which have both been recipients of UCLA Spotlight Awards.

Her films from both UCLA and Berkeley have screened in over thirty festivals worldwide. Keshni has traveled all over the world, especially in South East Asia, where much of her extended family still lives. She credits her high school photography teacher for showing her, early in life, how to frame a shot, and wants to make story driven films that explore people’s internal and imaginary lives. She is currently working on two feature length projects, both darkly comic in nature. She lives in Venice, California.

is an artist and activist who is currently content with the categorizations of performance artist, writer, actress, arts producer, and teacher. With a true love for collaborative and ensemble work, she and her partners, Kennedy Kabasares and Edren Sumagaysay, tour the country with their theatrical piece, “zero 3 – stage and spoken word superheroes.” She also enjoys creating and performing with other partners and collectives, including work with visual artist and writer, phloe; the Women of the Balagtasan Collective; and Great Leap’s Collaboratory project.

Her written work appears in newspapers, journals, zines, and books including The Rafu Shimpo, Gidra, The Manzanar Committee’s “Keep It Going – Pass It On”, and Regent Press’ “An Eye for An Eye Makes the Whole World Blind – Poets on 9/11.” She has also had the great fortune of working as a teacher and director with such groups as Khmer Girls in Action in Long Beach; Eskuwela Kultura in Historic Filipinotown; the PAPAYA program in Alhambra; and most recently, alongside Nobuko Miyamoto with college students from the Hmong community at the University of Wisconsin.

A firm believer in art as a means for building community, traci is the founder and producer of the Tuesday Night Cafe Project in Little Tokyo. “Tuesday Nights” aims to: provide an ever-evolving, multi-disciplinary arts venue in Little Tokyo; gather together Asian American and other local L.A. artists from a variety of disciplines, backgrounds, and experiences; draw a diverse audience of people into Downtown L.A. on a regular basis; and provide an impassioned, positive atmosphere that lends itself to (/begs for!) honest artistic creativity, progressive-beyond-P.C. self-expression, and risk-taking for emerging artistry.

Born in Korea, received an M.A. degree in theater arts from the University of California at Los Angeles. She has written and produced a number of television programs, including “Koreans in L.A.,” and “Poets in Profile.” She received Emmy nominations for her work as co- producer of “Korea,” a 23-part news series, and “Korea: The New Power in the Pacific,” a one-hour news documentary for KCBS-TV.

Her full-length play Hanako (earlier version of Comfort Women) had a World Premiere at East West Players in Los Angeles in 1999.  Ms. Kim is the author of Chungmi–Selected Poems; her second book of poems, Glacier Lily, was recently published by Red Hen Press. Her poems and articles have appeared in many journals and anthologies.

Kneubuhl, Victoria Nalani
Playwright Victoria Nalani Kneubuhl was born in Honolulu of Samoan, Hawaiian and Caucasian descent. She has been actively involved in producing many community programs which reflect the unique history and lifestyle of her island home. In 1994, she was honored with the Hawai’i Award for Literature, the highest literay award in the State of Hawai’i, and in 2001, she was named one of the Extraordinary Women of Hawai’i by the Foundation for Hawaii Women’s History and the Native Hawaiian Library of ALU LIKE, Inc. As a playwright, she has had twelve plays produced, several of which have toured Great Britain, the U.S., the Pacific and Asia. She has also written documentary scripts for Hawai’i Public Television.

Knox, Paul
He is the Executive Director of Circle East (formerly the Circle Rep Lab) and a cofounder and trustee of the Tides Foundation – India Fund, which supports grassroots education and community building efforts among sexually marginalized groups in South Asia.

Kwong, Dan
DAN KWONG is a multimedia performance artist, writer, teacher and visual artist who has been presenting his solo autobiographical work nationally and internationally since 1989. He has performed and taught all across the U.S. and in England, Hong Kong, Thailand, Indonesia, Cambodia, Laos, Canada, China and Mexico. He is recipient of numerous fellowships from the National Endowment for the Arts, Rockefeller Foundation, Asian Cultural Council, California Community Foundation, Art Matters Inc., Brody Arts Fund, Franklin Furnace, L.A. Cultural Affairs Department, and was twice nominated for the Alpert Award in the Arts.

In 1991 Kwong founded “TREASURE IN THE HOUSE”, L.A.’s first Asian Pacific American performance & visual art series at Highways Performance Space in Santa Monica, CA. His first book, “FROM INNER WORLDS TO OUTER SPACE: The Multimedia Performances of Dan Kwong” was published by University of Michigan Press in 2004, and in 2005 he was recognized by the Japanese American Historical Society for outstanding contributions to JA culture and history. He serves as Chairman of the Board for Highways and is a graduate of the School of the Art Institute of Chicago.   www.dankwong.com