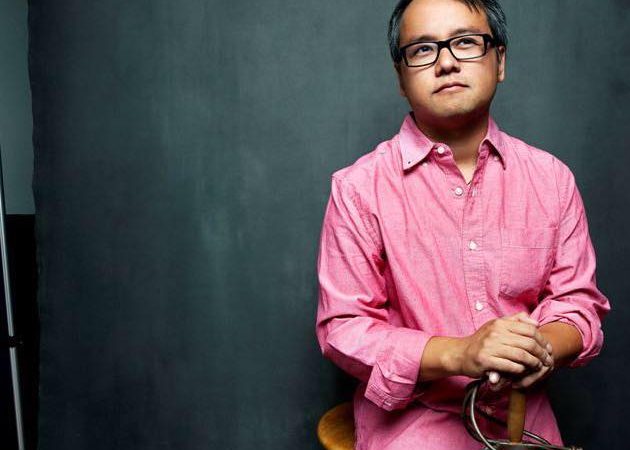 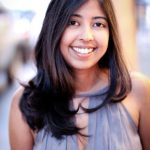 Rehana is the recipient of a 2016 Lilly Award (the Stacey Mindich “Go Write A Play” Commission) and is currently in a shared National Playwrights Mellon residency with her husband Mike Lew at Ma-Yi Theatre. They are currently in collaboration on a trilogy of plays and a musical, BHANGIN’ IT(with composer Sam Willmott). Past honors include: Rhinebeck Musical Theater Residency for BHANGIN’ IT, Tofte Lake Emerging Writers Residency, IAAC playwright residency with The Lark Development Center, a TCG Future Leader fellowship with New Georges, an E.S.T. Sloan commission, the NBC DiverseCity ShortCuts Audience Award, P2 for a Cause Grant, Leopold Schepp fellowship, a 2G residency, John Golden Award, and an LMCC artist grant.

For her advocacy work with the South Asian community, Rehana was nominated for a South Asian Media Award and was featured in publications such as India in New York, DesiTalk, India Abroad, Bibi Magazine, Nirali Magazine, EGO Magazine, among others. Her short film MODERN DAY ARRANGED MARRIAGE was acquired by the LOGO network. Her feature film HIDING DIVYA exposes the taboo subject of mental illness in the South Asian community, and had a self-produced run in SF, Atlanta, New York, NJ and Michigan, followed by a nationwide college tour with the assistance of a grant from the Asian Women Giving Circle.

She is a member of the Ma-Yi Writers Lab (having served as a co-director from 2011-2014) and a member of the Dorothy Strelsin Primary Stages Writers Group. She holds an MFA in Playwriting from Columbia University and BFA in Dramatic Writing from NYU, Tisch School of the Arts.

Morizono, Lesli Jo
Lesli-Jo Morizono’s hometown is Berkeley, California, where she received a BA in psychology from the University of California. As a young girl, she dreamed of being an actress, and at the age of fifteen, she won an acting scholarship to the American Conservatory Theatre’s Summer Congress Training Program. Morizono says, “Luckily, I learned in time that I didn’t have the talent or a strong stomach for acting. Now I write plays and screenplays, something I enjoy enormously.” In 1992 she graduated with an MFA in dramatic writing from New York University’s Tisch School of the Arts. She lives with her husband, Toshio, and her dog, Washington (a.k.a. “mongrel from hell”), in New York City.

Ngai, Serin
Serin Ngai graduated from the University of Washington with a B.A. in English: Creative Writing. After graduation, she worked in the publishing industry for almost three years, starting out as a freelance researcher, and moving on to jobs such as assistant editor, copywriter, PR writer, and art manager. She has acted in a variety of groups from OPM to Repertory Actors Theatre and is a founding member/producer of SIS Productions. 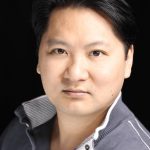 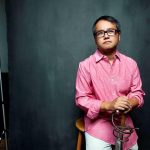 Qui Nguyen is a playwright, TV/Film writer, and Co-Founder of the OBIE Award-winning Vampire Cowboys of NYC. His work, known for its innovative use of pop-culture, stage violence, puppetry, and multimedia, has been lauded as “Culturally Savvy Comedy” by The New York Times, “Tour de Force Theatre” by Time Out New York, and “Infectious Fun” by Variety.

For tv/film, Qui’s written for AMC, SYFY, PBS, and Marvel Studios, where he is an alumni of the Marvel Studios Writers Program. He currently writes for Netflix and Walt Disney Animation Studios for tv and film, respectively.

He is a proud member of the WGA, The Dramatists Guild, The Playwrights Center, Ensemble Studio Theatre, The Ma-Yi Writers Lab and an alumnus of New Dramatists and Youngblood.

His company, Vampire Cowboys, often credited for being the pioneers of “geek theatre”, holds the unique distinction of being the first and currently only professional theatre organization to be officially sponsored by NY Comic Con.

Nishikawa, Lane
Nishikawa is a veteran theatre artist who served as Artistic Director of San Francisco’s Asian American Theater Company and as actor, writer, director and dramaturg for over 55 productions there for nearly two decades. Nishikawa is best known for his acclaimed solo shows exploring Asian American identity: Life in the Fast Lane, I’m On a Mission From Buddha (adapted for TV and aired on PBS), and Mifune and Me, which have toured to over 75 cities in the U.S., Europe and Canada.

He has also worked with the American Conservatory Theatre, Mark Taper Forum, South Coast Repertory Theater, Old Globe Theatre of San Diego, Ford’s Theater in Washington, DC, Berkeley Repertory Theater, the San Francisco Shakespeare Festival, Seattle Repertory Theater, Northwest Asian American Theater, El Teatro Campesino, LATC and the Odyssey Theater amongst others.Nishikawa recently appeared in the national tour of Gate of Heaven, a drama that he wrote and starred in about a Nisei soldier who liberates a Jewish survivor from the Dachau concentration camp in Germany, and The Ballad of Yachiyo at the South Coast Repertory Theater. The extensive Gate of Heaven tour included a run at the U.S. National Holocaust Museum in Washington, DC.

Nishikawa’s numerous film credits include: Wayne Wang’s Eat a Bowl of Tea, Steven Okazaki’s Living on Tokyo Time and American Sons (on PBS), and Wim Wender’s Until the End of the World. Nishikawa recently completed his first film, When We Were Warriors.

Nishikawa is the recipient of numerous prestigious awards including: the Solo Performance Fellowship from the NEA, the Profiles of Excellence award from ABC-TV, and the Ruby Yoshino Schaar Playwrights and the Henry and Chiyo Kuwahara Award from the National Japanese American Citizens League. He has also been honored by the Harvard Foundation for his continued contributions to American Performing Arts and Inter-Cultural Race Relations and is the recipient of the JACCC’s Humanitarian Award. Lane Nishikawa was the first Asian American to receive an U.C. Regents Fellowship at U.C. Santa Barbara where he directed the first Asian American production on campus.

Nofre, Henrietta Chico
A Los Angeles native, she is an alumnus of the East West Players‚ David Henry Hwang Writers Institute whose short stories were recently included in the anthology Going Home to a Landscape: Writing by Filipinas.

Ong, Henry
Ong was a journalist-turned-playwright who worked for several newspapers and magazines before embarking on his theatrical writing career at the University of Iowa. He is an internationally-produced playwright whose signature play and first foray into playwriting was an instant success. The one person play, Madame Mao’s Memories” is based on the life of Chairman Mao’s widow, Jiang Oing, was last seen at the Old Globe Theatre is San Diego in 1994. Ong is a member of the Dramatist Guild, the Los Angeles Stage Alliance and the Alliance of Los Angeles Playwrights. He is an Artistic Associate and Literary Manager of Playwrights’ Arena.