Shocked by the surprise attack on Pearl Harbor, and driven by fear and prejudice, America shipped its 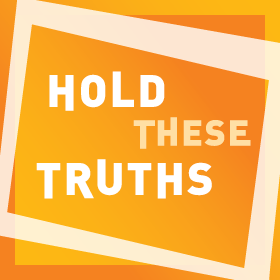 Shocked by the surprise attack on Pearl Harbor, and driven by fear and prejudice, America shipped its own citizens of Japanese ancestry off to internment camps for forced detention. Hold These Truths tells the inspiring true story of American hero Gordon Hirabayashi, a young man who defied an unjust order. Join Gordon on a 50-year quest to avenge an injustice to his community, restore his faith in the U.S. Constitution and reconcile America’s greatness with its shortcomings. Hold These Truthshas played to sold-out audiences all over the country and features a tour-de-force performance by stage and screen actor Ryun Yu, who plays Gordon and 37 other characters.