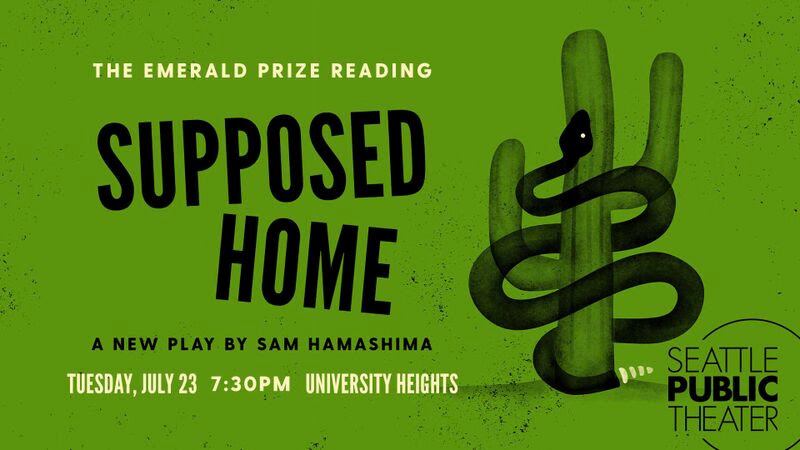 The play integrates Washington’s history with Japanese American Internment into a magical Miyazaki-esque fable to unpack the concept of home and trace the beginnings of Shikata ga nai [Forget, and move on.].

“This piece, Supposed Home, details the Japanese American Internment experience from the perspective of a ten-year-old girl. Supposed Home starts on Bainbridge Island; this was the first evacuation area and it served as the prototype for the rest of the West Coast’s evacuations. The audience accompanies ten-year-old Aiko to her temporary home in Manzanar and then to her transfer to the Minidoka camp. After Minidoka, her family must weigh the options of returning home to Bainbridge or moving inland for a new American start. Stylistically, the piece would follow her physical journey while tracking her emotional and mental discoveries as she takes “Americanization” courses and deals with this new version of home.”